Let's face it: there's been very little in the news lately that has uniformly been met with applause. Yet Arthur Blank, a co-founder of Home Depot and current owner of the Atlanta Falcons, provided a rare exception recently: after the Falcons qualified for the Super Bowl, Blank decided to celebrate his team's achievements by bringing along all his employees to Houston, where the Super Bowl is being played. This is a grand gesture that is sure to win him the undying loyalty of his employees -- and a wave of job applications.

While most companies don't have a net worth of $3.3 billion that can be used to fund such grand gestures, you don't need to break the bank to ensure employee engagement and satisfaction. With that in mind, here are 6 things you can do that will boost employee engagement at your company.

1. Communication above all else.

86% of corporate executives consider ineffective communication to be the leading cause of workplace failures, according to Salesforce. This is a shocking statistic, especially since technology is supposed to make it easier for people to reach out to one another and share ideas.

Communication is especially important for large, distributed companies with many employees. For these types of organizations, even the simplest of communications can go a long way. According to Russ Fradin of Dynamic Signal, a California-based company that creates software to make employees more aware and increase engagement, what you communicate to your employees doesn't necessarily have to be related directly to company business; it could be as simple as notifying them about road works that might affect their commute.

It's these little touches that make employees feel connected to the organization at large, and encourage employee engagement from the bottom up.

Sure, you might already be sending out that weekly newsletter to your entire staff, but can they read it without squinting?

It's not enough to send out messages to your entire organization; you also have to ensure that they are properly formatted for the device that most people will read them on. Since most people have mobile phones, companies need to make sure that any communications that are sent out can be properly read on a smartphone screen.

"You have to be mobile-centric," advises Fradin. "Don't do a giant glossy newsletter every quarter, or an Intranet that's not mobile-friendly." If you have a system that sends out notifications that pop up directly on people's phones, they're more likely to take notice and engage. Fradin says it's not enough for companies to send out emails or utilize the intranet; a mobile-focused workforce "doesn't engage with email or intranet in the ways that companies wish they did."

The average cell phone user touches their phone 2,617 times a day. Isn't it time for companies to turn that to their advantage?

Increasingly, companies are seeking to "gamify" employee engagement by rewarding those employees who are the most responsive and knowledgeable about the company. Participation is not a requirement, but the door is always open for employees to join in, or, alternatively, opt out.

Obviously, the system only works if you offer substantial prizes. It doesn't have to be Super Bowl tickets, of course, but per Fradin, some perks that Dynamic Signal's clientele have used in the past include lunch with the CEO or being flown out to an exclusive event.

By rewarding those employees who engage the most, you are also giving everyone in the company a way of measuring their level of engagement (and encouraging some friendly competition). Whether your workers choose to participate wholeheartedly, or engage selectively, there's something for everyone.

4. Listen to what your employees have to say.

It's important for employees to know what's going on and feel connected with the upper levels of the company, but it's also important for the higher-ups to listen to the comments and concerns of the rest of the organization. Keeping up the morale of the workforce is important, and it's impossible to do so without knowing what it is that people are upset about.

This has long term consequences as well. Fradin notes that "simply taking the initiative" and "talking and listening to your employees" are some of the things that make employees more optimistic about a company's future.

It's impossible to create a company culture that facilitates employee engagement if you don't take into account the needs of the people that you're trying to engage. A company can institute all the perks and prizes it wants, but if people continue to feel frustrated with direction it's going in, then all the Super Bowl tickets in the world won't entice them to engage.

5. Keep your team in the loop.

This has a lot to do with communication, but it also has to do with the type of information feeling communicated. According to a Gallup poll, 74% of employees feel that they are missing out on company news and information, which is shocking considering how hard human resource teams have worked to increase employee engagement over the past several decades.

The problem is not that companies have a lack of content that could be distributed to their employees; as Russ Fradin notes, companies never lack for content, and are in fact producing lots of great content that could be sent to employees. Having an internal communications system that is mobile-friendly would facilitate the spread of such content, as well as making sure that more people are aware of its existence.

According to Fradin, some employees only find out about company news via television or other forms of media, which is not great considering that employees are some of the best brand advocates out there. To combat this, Fradin suggests giving them press releases or clips before they're sent out to media outlets, and access to all other content before distribution to the general public. That way, people will be able to answer questions about the company without feeling caught off-guard.

Warren Buffett once famously said: "It takes 20 years to build a reputation and five minutes to ruin it." In fact, a huge part of reputation is based on trust, which has been dropping for some time now. The 2017 Edelman Trust Barometer, a sampling of more than 33,000 respondents, found the "largest drop ever" in trust in business. In particular, CEO credibility dropped 12 points globally to an all-time low of 37 percent, falling in every country studied.

There are a number of reasons for that, but it ties into the points above: people aren't being listened to, nor do they feel that the executive team is operating as transparently as it ought to. CEOs can learn from Blank's example: with both the Falcons and his various philanthropic efforts, trust appears to be a trait he consistently looks to emphasize.

7. Make employee satisfaction a core pillar and not a "nice to have."

This may seem like a no-brainer; after all, satisfied employees are more productive. But it's a bit more complicated than that -- as Russ Fradin explains.

"If your employees are engaged and care about the company and its culture, and feel like they know what's happening", says Fradin, "then they become an advocate for the company-- recruiting other people, talking positively about it, writing a review on Glassdoor. All of these are byproducts of engagement."

In other words, by making sure that the needs of your employees are being met and keeping them engaged, you are helping your greatest advocates build a case in your favor. You don't have to buy your entire company Super Bowl tickets, but even small gestures go a long way in increasing employee satisfaction.

Each of the pillars above are crucial to ensure employee engagement. That said, you can't just pick one and run with it: many of them are dependent on one another. For example, you can't keep your team in the loop without communication, and you can't show your employees you care without listening to what they have to say.

"If you're the CEO of a well-established company," advises Fradin, "you need to care a lot more about your company engagement and employee satisfaction than you would have done in the past." This is partly down to the corporate cultures created by hot firms such as Google and Facebook, but a lot of it comes down to profits: according to McKinsey, organizations whose employees are connected see a 20-25% increase in productivity - an incredible advantage in today's competitive atmosphere. Regardless of how you tackle employee engagement, here's wishing you plenty of success - start small, and work your way up to the Super Bowl tickets.

This article originates from Inc.com 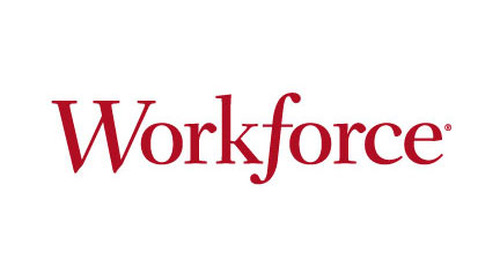 How Engaged Employees Can Help Protect Your Brand from ‘Fake News’

Engage and empower your employees with trusted information and they, in turn, will empower and help protect... 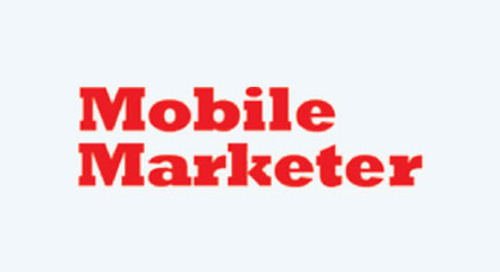 Uber is facing a crisis this week after an ill-advised move over the weekend catalyzed many users to delete...