Home » Press Coverage » Technology, Communication and the Cult of Busyness: How the Wrong Software Platforms Can Encourage “Performative” Communication Read more a
× Share this Article

Technology, Communication and the Cult of Busyness: How the Wrong Software Platforms Can Encourage “Performative” Communication Read more a

Recently Vox published what’s been described as an epic takedown of Slack, claiming that the popular workplace collaboration tool is actually a drain on productivity. The thinking, which makes intuitive sense, is that proliferating communication channels and the social-media-like nature of platforms like Slack lead to more chatting and clutter than actual, productive work. The Vox article ricocheted around the Internet, prompting debate and responses like this one in Slate, which claims that Slack is actually pretty useful.

Vox offered a lot of compelling evidence and expert opinion to support its indictment of Slack, but one topic, in particular, deserves extra attention as captured in the passage below:

“Remote workers are under particular strain to prove that they are working. For people not in an office, messaging colleagues or posting information becomes a way of demonstrating that they are doing their jobs.

“They feel a lot of pressure to show they’re working and at their desk,” Lacy said [Sarah Lacy, founder of tech website Pando]. This can lead to a lot of performative work on the chat platforms that are integral for working remotely in the first place.”

The first important topic here is the question of remote workers. Technology has unchained a legion of “knowledge” workers from their desks, allowing them to work, collaborate and communicate from across town or across the world. Remote working arrangements are increasingly seen as a “new normal,” and for many professionals, it’s a welcome relief from mandatory long hours at the office.

Successful remote working arrangements also require a cultural shift, however, and it’s one that pushes uncomfortably against some ingrained assumptions we have about work today. Work, the thinking goes, requires one to be present. For most of modern history, that meant physically being at work with the appearance of being engaged in production company business. The question of what work actually gets accomplished was never ignored, but it was historically viewed as separate from the mandate that everybody is in attendance.

Now that attendance isn’t always mandatory, the sense that work might not be getting done is hard to shake. Whether we know it or not, when we’re physically at work with our colleagues we engage in a lot of performative behavior. When was the last time you minimized a window as a colleague approached so as to not appear to be slacking off? All this despite the fact that mountains of evidence show that hours worked and volume of communication don’t necessarily lead to greater productivity or efficiency.

So it is for the poor remote worker. Without the appearance of busyness, remote workers can assume that their colleagues might suspect that they aren’t being productive. And in the American business world, there is no greater sin.

As the HBR article above points out, burnout is a real problem, and we need to resist the notion that constant, performative communication is essential to success. Technological innovations need to help employees do their work more effectively, and sometimes too much collaboration can get in the way of that.

We likewise need to understand that, as long as the work is getting done, we don’t need to be constantly chiming in on every Slack discussion just to prove we’re working. In equal measure, leadership needs a method to reliably deliver important information to remote and deskless employees using methods and channels that best suit their needs.

With those pieces in place, and the ability to measure and refine communication efforts, employees feel engaged and supported at work. Research has shown that companies with higher employee engagement enjoy greater productivity and profitability. As always, the proof is in the business outcomes.

Women In Tech: 3 Ways Companies Can Bridge The Gender Gap

Moving Toward 2020, It's Time To Build A Strong Employee Advocacy Program 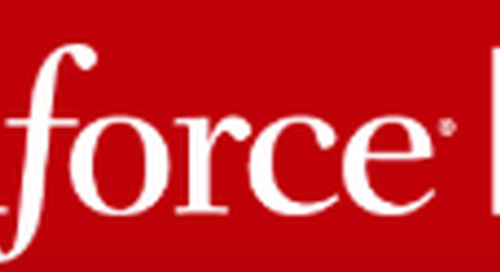