Home » Press Coverage » Instead of Trying to ‘Handle’ a Bad Boss, Avoid Hiring One in the First Place
× Share this Article

Instead of Trying to ‘Handle’ a Bad Boss, Avoid Hiring One in the First Place

Many of us have read about how to deal with "bad bosses" in all their different forms—the temperamental, the mercurial, the bullying, the disorganized, the micromanaging.

But can you avoid hiring a bad manager in the first place? Are there telltale signs during the hiring process that can tip someone off to a job candidate who may end up making employees miserable?

There are, say hiring experts.

"Some people just aren't cut out to be managers because they lack communication and listening skills," said Brandi Britton, district president for OfficeTeam, a Robert Half company based in Menlo Park, Calif. "These bad bosses can lead to decreased morale, lack of productivity, burnout, stress and ultimately turnover."

The poor manager takes credit for subordinates' work, plays favorites or overreacts to mistakes, which leaves employees unwilling to take risks. Some poor managers so distrust their employees that they end up redoing all the employees' work. They can be disorganized and changeable—often requiring employees to restart or restructure assignments and projects.

"I have had a few bosses who were horrible," said Lois A. Krause, SHRM-SCP, practice leader for HR compliance at KardasLarson LLC, a human resources consulting firm in Avon, Conn. "They had to be the smartest ones in the room, and you had to agree with them. They did not want to hear differing opinions. I have seen managers who were successful as individual contributors or as part of a team but never really had managerial experience. They usually believed they had to have all of the answers and were afraid to say, 'I don't know.' "

Then there are the insincere sycophants who "act so sweet in front of senior leadership or their peers and seem concerned about their team to others, but actually manage by intimidation. They are the worst but hard to ferret out at times."

Clues in the Resume

Before you meet a candidate for a managerial job, you may be able to tell if the candidate is a bad boss "if there are multiple managerial positions [listed] that seem suited to their skills, but they had a short tenure in each," Krause said.

The applicant should use language in his or her resume that reflects a tone of teamwork, said Joelle Kaufman, chief marketing officer at Dynamic Signal, a technology company in San Bruno, Calif.

"It should be 'we' instead of 'me' and about leading teams instead of personal accomplishment or credit."

If possible, she said, find out what the candidate's team retention was, excluding people who were fired. Too many voluntary departures are often a bad sign.

Before a phone or face-to-face interview, do your homework on LinkedIn or another professional site, she said.

Pay Attention in the Interview

You can't gauge how good of a boss someone will be from his or her resume alone. Focus also on the interview and reference-check stages to learn about a candidate's managerial skills.

In the interview, look—as you did on the resume—for signs that the manager is not taking all the credit for results; he or she should consistently acknowledge team contributions.  It should be troubling, Krause said, "if, in a face-to-face interview, they seem to have no faults—they can never describe a time when they did not reach their goal, unless they blame it on the organization or their subordinates not following their advice or direction, or if they complain that each organization was too dysfunctional for anyone to succeed there."

Someone who badmouths former subordinates during the interview process may lack problem-solving and collaboration skills.

Ask open-ended questions to get more insight into a person's managerial style:

"If they come across as the know-it-all or tell me that they love to have someone who gives them direction and then lets them loose, I ask follow-up questions to see if they are a dictator or someone who really doesn't care about the success of their workers," Krause said.  "I look to see if someone actually cares about the development of their subordinates and knows that if the team is successful it makes everyone look good."
Listen Carefully to References

Ask the candidate's references for examples of how the person displayed good leadership skills.

"Because people typically choose references who they think will speak highly of them, hearing anything negative can be a red flag and should be followed up," Britton said.

Most references are done by phone, so pay attention if a candidate gives you a reference but the person on the phone "seems a bit cool, or actually says they were not a good fit for their culture," Krause said.

"I usually ask about managerial style as part of my inquiry. I also describe the organization's culture and ask the reference if [the candidate] would thrive or struggle in that environment. I actually had one person tell me that this person almost ruined their business because they were so toxic!"

This article originally appeared on shrm.org 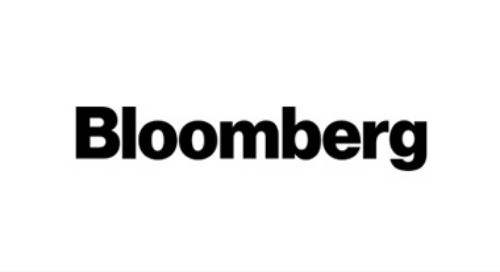 Too Many Communication Options Causing Headaches at Work