Instant Messaging: The Future of Communication, With Caveats

The days of face-to-face meetings and group emails may soon be coming to an end. From texting job candidates and using Slack for project management, to building artificially intelligent chatbots that answer questions about human resources, communication technology in the workplace is evolving. All of this is a good thing, said Sharon O’Dea, a digital and social media consultant based in the U.K. These tools enable faster, more efficient communication, via the devices employees have in their hands all the time, she said. “We all use instant messaging in our personal lives. It is natural to see that shift into the workplace.”

Younger workers are far more likely to choose text or Slack over email or phone calls, which they view as cumbersome and outdated, said Adam Ochstein, CEO of StratEx, an HR technology and consulting firm based in Chicago. Email can also be tricky for contract workers and frontline staff, who may rarely check their emails but always have their phones. “They want to communicate in real time with their fingers, not their voices.”

The use of instant and automated technology to support communication isn’t going away, so managers need to get on board or risk creating information gaps in the workplace. A 2017 report from Dynamic Signal found that only 17 percent of companies had recently invested in technology for internal communication, even though 73 percent said communicating company information to employees was a “serious challenge.”

While chatbots won’t be taking over the way we engage any time soon, the tools we use are evolving, and skeptical managers need to get on board, Ochstein said. “If you want to be an employer of choice for this generation, you’ve got to adapt.

Along with changing how employees communicate, new technologies are also changing what information they can share, said Rob High, chief technology officer for IBM Watson, IBM’s cognitive computing system. “Artificial intelligence tools, at their most basic, improve the likelihood that employees can find and share information as they communicate.” This enables faster problem-solving and ensures they can make decisions based on data, not gut instinct. High envisions a day where AI conversation agents will be the third party in a conversation, automatically searching for information and providing context.

High’s team has also created the AI-driven IBM tone analyzer, which uses linguistic analysis to examine the emotion in text messages. The goal is to help employees vet the “tone” of texts and emails, just as you might spell-check before hitting send. “It’s an efficient way to reduce misunderstandings,” he said. High believes AI technology will change the way we communicate at work and at home.

O’Dea agreed. “Chatbots offer huge potential for employee communication. They can take over the tasks that are needlessly complicated.” She believes early applications will focus on things like filling out employment forms, requesting days off and accessing personal data. “Chatbots can provide employees with instant access to this information through an app, which is where they spend more of their time anyway,” she said. For those who think chatbots are too inhuman for workplace communication, O’Dea believes it’s the opposite. Many employee communication platforms and corporate emails are “generic and impersonal, but chatbots can have human conversations,” she said.

In an era of social sharing, the casual nature of texts in the workplace can put companies at risk.

The Trouble With Text

The adoption of instant communication in the workplace isn’t all good news. In an era of social sharing, the casual nature of texts in the workplace can put companies at risk. We’ve all read the stories of managers cursing out employees for some minor infraction or flirting in a way that makes someone uncomfortable, only to have those conversations go viral and result in someone getting fired.

“There is a fine line between casual conversations and inappropriate content, and instant messaging makes that line very easy to cross,” StratEx’s Ochstein said. It’s rarely intentional. He recalls a recent day at his own company when employees were using Slack to discuss whether the company’s “no-shorts policy” should be abandoned when temperatures rise above 90 degrees. That evolved into a conversation about why female employees were lucky because they can wear skirts, which led to a “guys vs. girls in the workplace” battle. “That’s when the HR team had to get involved and shut it down,” he said. “It was innocent banter, but all of [the] sudden it was going in a direction no one wanted.”

Such scenarios are all too common, particularly when teams work long hours together or are out celebrating a project success. “One person may think a text is funny, where the other thinks it’s inappropriate,” he said. “But once you send it, you can’t get it back.”

The instant nature of these tools also creates legal issues with hourly gig workers. If a manager sends an email at night, it is assumed a contractor will respond the next day, but if they send an instant message the implication is that they expect an instant response. “Does that mean you have to pay them for that time?” Ochstein pondered. “Once you cross that chasm, the legal stuff can get bad.”

That doesn’t mean companies shouldn’t use instant messaging apps to interact with employees, but they should define clear policies for their use. Ochstein advised “over-communicating” to employees about texting protocol and reminding them that anything they say on text is as admissible as any other document. He also urged HR leaders to promote a culture of caution. “Encourage them to pause and think about whether a message could be construed as not respectful,” he said. “If there is any chance it could be construed as rude or not respectful, don’t send it.”

This article originally appeared on workforce.com.

Dynamic Signal, a leading Employee Communication and Engagement platform, announced the availability of its... 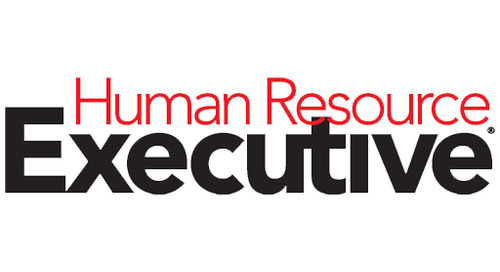