Companies in highly regulated industries, like banks and healthcare, have often shied away from using employees as brand ambassadors for fear of running afoul of strict communications rules. But now that two-thirds of the global workforce is under 35 years of age, that is changing as those marketers begin using social-savvy employees for advocacy efforts.

Russ Fradin, co-founder and CEO of Dynamic Signal, which builds employee advocacy platforms, said more than half of employees today were brought up with social media or have at least been on social networks since college, such as Facebook, LinkedIn, Weibo or WeChat. He added that the majority of that age segment spends time using social during the day, regardless of whether or not they work in a regulated industry.

"There's an interesting tension of companies that want to be careful and protective of their brands and are regulated and have rules, but want to empower employees and connect with them," said Mr. Fradin. "You have a collision of regulations with demographics."

About a year ago, Humana reached out to Dynamic Signal because it wanted to effectively use social media savvy, engaged employees as brand advocates, said Dan Gingiss, head of digital marketing for Humana. The 50,000-strong health insurance company had a 90% sign-up rate for its internal social media network and roughly 40%-45% of employees logged into it monthly, he added. But the company still wanted to leverage its connected staffers in public channels like Twitter.

Dynamic Signal helped Humana reach out to its most engaged associates who had active social media accounts on Twitter, Facebook or LinkedIn. The pilot program started with a couple hundred staffers and grew to 500 by this January.

To keep it quick and easy, the platform shows a list of approved articles for users to share on their social channels, but most of the content "isn't directly Humana-related, because we don't want employees to look like shills for the company," said Mr. Gingiss. Humana-focused content is sprinkled into the mix, but most pieces are about health and wellness, some of which are created by Humana and others from third parties.

Mr. Gingiss, who calls himself "a realist," said he knows "there are very few people who wake up and hope to hear from a healthcare company on Twitter," which is why emphasizing health and wellness has helped the Humana Advocates program succeed.

On the regulatory front, he said he worked with the legal department to make sure the program was in compliance with Federal Trade Commission regulations. For example, #HumEmployee is included in every post that is shared to make it clear that the person works at Humana. Staffers also have to adhere to rules within HIPPA (the Health Insurance Portability and Accountability Act), including not acknowledging somebody's disease or illness publicly, even if they tweet at a Humana employee about it. Employees are also not allowed to post about Humana or correct someone else's incorrect post about the company – they have to reach out to the social media or corporate communications team.

Humana is going through training with all of its employees who use the program to make sure they know the dos and don'ts, but Mr. Gingiss is trying to work with HR so new people can sign up for Humana Advocates and go through training when they start.

The program currently has nearly 3,000 staffers signed on, with over 200,000 shares of content and more than one click-through on average for every post. "It's free media for us," said Mr. Gigniss, who added that the company still has "plenty more people to get signed on."

"Now we're focusing on how to take each and every marketing campaign we do, small or big, and include advocates as part of the plan," he said. "This has become integrated into everything we think about from a marketing perspective."

Capital One, likewise, brought in Dynamic Signal last year to help improve its Capital One Social Associates program and make it easier for staffers to share content in their own voice and get mobile or email alerts. The program currently has 1,000 full-time staffers out of about 20,000, said Richard Pesce, senior manager-digital communications at Capital One.

"It was a shift in culture for us – going from an environment where we wouldn't share at all to now giving out content," he said.

Unlike Humana, all content on the platform is connected to Capital One, but it's almost always shared from third-party sources like media outlets.To help increase voluntary sign-ups, Capital One is currently expanding its content to fit into specific areas of interest for staffers. The company also recently expanded the program to Canada its Toronto staffers have content tailored to them.

Ketchum research finds employee advocacy platforms are a credible way for companies to tell their brand story and get messages out to consumers, according to Tyler Durham, president of Ketchum Change, the agency's business unit of focus on internal communications and employee engagement.

Two years ago, the agency surveyed 12,000 people, asking them what's the most credible source of information when it comes to a brand, and the number one was friends and family, followed by employees, said Mr. Durham. Data continues to support the fact that consumers want to see employees sharing their experiences and passion for the companies where they work, he added.

However, the danger lies in the content being shared by employees and whether it sounds inauthentic or stilted because it's complying with regulations.

Mike Paul, president and senior counselor of Reputation Doctor, said companies should absolutely use happy, engaged employees as advocates, but not with canned, pre-approved messages. "It should come from the mouth of the employee, not a list of articles or messages with a hashtag behind it," he said.

He added that it's even more difficult for brand messages within regulated industries to seem real, which is why it's important to ask employees their thoughts on the company and allow them to give their own narrative.

Capital One's Mr. Pesce, however, says the communications by employees have a more genuine feel. "We are excited for the growth we've been seeing and really think it's reaching this authentic voice that often time gets lost in a corporate channel." 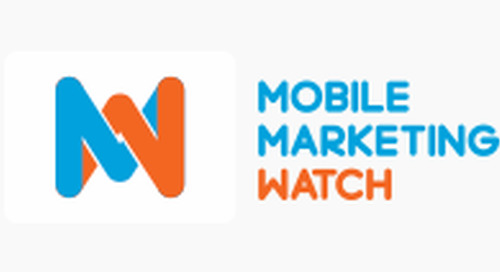 Turn the Promise of Employee Advocacy Into Reality

Employee advocacy is not a flip of the switch thing — it takes more than sending out a company-wide email a...