Way back when, before the Internet was invented (okay, not really; it was 2008), we had a client who was game for using social media, but could not figure out how to get their 1,400 employees engaged.

It was a challenge to be sure. While the chief of corporate communications believed there was something there, we had trouble getting buy-in from the rest of the executive team, which meant everyone else just rolled their eyes at us, too.

But, rather than be discouraged and putting our ideas on hold, we decided to build an internal social media team. Our hope was to include one person from each department on the team, which would mean it’d be a 30+ member team.

We asked for interested people to apply and had 196 people do so.

From there, we narrowed it down to our 30 people, based on a few criteria—where they already using social media personally, did their supervisor agree they had the time to spare, were they passionate about spreading the business message—and got to work.

Everyone was really excited to begin with because it was new and interesting…and fun.

But then interest waned when work got busy and our social media team’s success was hanging by a thread.

We had to do something. And quickly.

By this time, the rest of the executive team still thought we were a little nuts, but we had reluctant buy-in, so we asked for them to make social media part of the team’s job description and part of their bonus structure.

That helped a little bit, but we still struggled with it being last priority.

So we came up with an idea to incentivize people individually.

For instance, we knew one man loved to take his wife to a fancy dinner once a month so we bought him a $200 gift card to a different restaurant every time he exceeded his goals.

A young woman who had just graduated from college and was in her first job, was dying for an expensive flat iron. So we bought her one when she exceeded her goals.

Every person on the team—all 30 of them—received something personal and meaningful when their quarterly individual and team goals were exceeded.

Not only did it create a culture that now uses social media without even thinking about it, we got the organization over the “my team won’t help with content” hump.

You know the hump I’m talking about: Your subject matter experts won’t create content. No one outside of the marketing department (and sometimes even inside) won’t share your content. People whine that their personal social media accounts are, indeed, personal and they don’t want to talk about work on them. The excuses go on and on.

That’s why, when my old and dear friend Adam Keats asked me to lunch a couple of years ago, I was intrigued by his new job.

He’d gone from working in a global PR firm to building relationships with PR firms for a company called Dynamic Signal.

He showed me the platform and explained how easy it was to get people over the “my team won’t help with content” hump. I almost couldn’t believe it. What we had created for the client—manually—in 2008 was sitting before my very eyes in a software.

Had we had it back then, it wouldn’t have taken more than a year to figure out how to build the team or how to incentivize them.

I was a little jealous they’d built it; it hadn’t even occurred to me that all that work could have been automated. Yet here we were.

They built the platform around employee advocacy or, in their words, “An employee’s sharing of their support of a company’s brand, product, or service.”

We all know gamification works. It goes to the competitive nature every human being holds. Even on LinkedIn, if your profile says you’re only 83 percent complete, you work hard to get to that 100 percent. It’s just how we work.

Taking that psychology, Dynamic Signal awards points for everything you share.

You can then turn in your points for different prizes, which are determined (usually) by the executive and marketing teams.

The goal is to inform, educate and engage the workforce, thus keeping them in the know, and allowing them to become brand ambassadors. It is a way to extend your social media strategy with your best advocates—your employees.

You know how frustrating it is when employees aren’t engaged in your content or social media efforts.

This solves that problem.

That said, it does take some time to get employees to use it, but they make it as easy as humanly possible. I can quickly scroll through and decide not only what I want to share (with a click of a button), but also how many points each is worth.

Clearly, sharing my boss’s birthday message is important and I’m willing to bet it’s worth a good deal of points, so I click that share button. When I signed up for my account, I added my social networks, so now I can decide where I want to share it. I click or unclick the boxes, hit “share now” (or schedule it, which I love) and away we go!

The Disclosure and Free Trial

It’s definitely taken employee advocacy to a new level—and one that you don’t have to beg and plead to get your team to use.

It does not, however, solve the problem of your subject matter experts not turning in their content on time. Perhaps someone should invent that software!

In all seriousness, I am so impressed with the company and their software that I have invested in them and have agreed to be an ambassador for them (that’s my formal disclosure).

It took me more than two years to feel them out, use the platform, meet their team (their marketing team is excellent), and make a decision.

I say all of that so you’ll know I’ve not taken this lightly.

We use it for clients as small as 15 employees and as large as 1,400. It’s not an enterprise-only tool.

I truly believe they are changing the game of employee advocacy—and that the part of your day that is spent harassing your team to share company content is now rewarded back to you (and that’s the best I can do in helping you duplicate time).

You can take a 14-day free trial and test it out, if you like. That’s pretty much how we’ve hooked all of our clients. Once you’re in there, you’ll realize you can’t live without it.

This article originates on SpinSucks.com 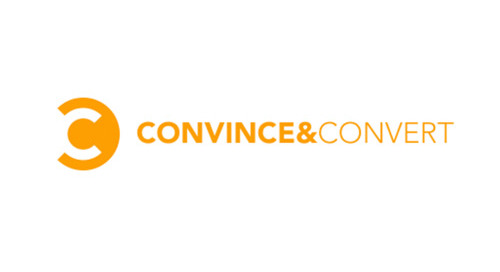 4 Ways to Find the Right Eyes for Your Amazing Content