Home » Press Coverage » 3 Tips to Build a Multinational Company, From an Entrepreneur Who's Done It Twice
× Share this Article

3 Tips to Build a Multinational Company, From an Entrepreneur Who's Done It Twice

Gone are the days when every successful business started with the same blueprint. Technology and globalization have made it much easier for startups to achieve rapid growth in multiple locations at once. And Startup Genome's Global Startup Ecosystem Report 2018 supports this view that growth doesn't have to occur in just one spot. Cities such as Tel Aviv, Berlin, Stockholm and even Barcelona are making huge strides toward catching up with New York City and Silicon Valley as startup-ecosystem leaders.

According to the report, global startup interest is on the rise; investors pushed more than $140 billion into global startups in 2017 alone. So, entrepreneurs who want to take advantage of this investment surge should consider building a global team from the get-go.

Depending on an organization's model and needs, a single-office setup could unnecessarily limit its growth potential, as starting in one location with the typical 9-to-5 time frame isn't the only option.

When I started both of my companies, Modasphere and VentureDevs, my partner and I knew we wanted both an international team base and client base. Because my co-founder and the tech half of our business, Wojtek, were located in Poland, he was able to build a network of world-class developers and tech talent there.

While everyone else was looking for developers in Silicon Valley, we went where the talent was, because we wanted to work with the best of the best.

Additionally, we knew our client base for Modasphere would mainly be split between New York and Los Angeles, with others spread across the rest of the world. This meant we needed to have "customer-success" employees to cover those time zones; that's why we set out to grow enough to eventually cover all of our global markets. This was a great lesson for us when we started VentureDevs, because we quickly established teams in Los Angeles, New York and Poland to handle our global reach.

The challenges -- and rewards of a multinational business

Building a multinational business is not without its challenges, but the rewards are worth it. Functioning in more than one place from the beginning gives startups the ability to quickly and efficiently expand to new locations, and a team that functions well remotely offers the flexibility necessary to lure in top talent. Operating globally also provides a network that expands far beyond New York or L.A., and those connections can be leveraged to improve a business and increase the value it can provide to clients.

Sold on the idea of a startup with multiple locations? Use the following strategies to build a strong foundation for your own organization:

1. Choose your location with an eye on the future.

Think big from the beginning. Start by deciding whether you’ll be in-office, distributed or partially distributed, but prepare to be a global company from day one. San Francisco was the perfect place for Uber to launch because it had a poor cab infrastructure and was filled with tech-savvy people who regularly looked to technology to solve problems, but the company had its sights set on other locations even at the start.

Uber launched in June 2010 and quickly called the San Francisco launch a success. By December of the following year, Uber had gone through another launch phase, only this time in Paris. By then, the company had a bold plan. Instead of trickling the service into being around the globe, it set about on a rapid expansion -- two new cities every month, to be exact. The company would never have achieved this pace if its founders had set their sights simply on conquering only the San Francisco market.

2. Be ready to expand -- but only when the time is right.

Starting your business with a targeted focus and an eye on expansion is a good idea, but you must scale wisely. Don't try to expand all at once; some argue that Uber did its expansion too quickly, and that that had negative effects on the business overall. It's key to know your core business, to test your market and to build out your sales pipeline before you make any changes. This includes researching your next target market before making the move.

Expanding to a new location without knowing there is a clear opportunity waiting for you there could lead to setbacks or even failure. According to a CB Insights analysis of 101 failed startups, 42 percent of the businesses closed, at least partly, because there was no need in the market for their products or services. Thirteen percent cited bad timing as a reason for failure, and 17 percent pointed to a bad pivot or failure to shift at all.

"Startups fail when they are not solving a market problem," one of the shuttered companies, Treehouse Logic, told the researchers. To avoid such organizations' mistakes, conduct surveys or tests among potential customers in your target area to determine whether they need your products or services. Make the move only if the data supports your decision.

3. Set up processes for communication and information flow.

One of the primary purposes of technology is solving communication barriers, but all too often, technology ends up becoming a barrier in and of itself, according to research by Dynamic Signal. How many times have you had a conversation with the same person through way too many mediums -- email, Slack, Trello, text -- you get the picture. Chances are, you found yourself getting lost.

And you're not alone. Even tech juggernauts like Microsoft have trouble. The company tests its new platforms internally. By combining the lessons learned from those tests with Microsoft employees' experiences with multiple communication platforms, the company ended up creating its Teams service.

The point is, with so many tools being used, it can be hard to keep things straight without a clear plan. When it comes to your company, the plethora of technical solutions can be incredibly useful for streamlining the flow of information, but to be successful, those solutions require a road map for adoption and implementation. Create such a plan to ensure any solution you choose is completely integrated into your company's processes, and most importantly, make sure your team is committed to using them properly.

As an entrepreneur, you know how to dream big -- but it's easy to lose sight of those dreams in the thick of testing viability in a small market and trying to get your business on its feet. Expansion can be scary, and while it's tempting to try to perfect your operation before moving on or moving up, expansion could actually hinder your opportunity for growth down the road. Make sure you are focused on creating the best business possible while keeping an eye toward the future.

Without a strong core business, you probably won't be able to do much expanding in the first place. But if you aren't thinking about expansion from the beginning, you might miss an opportunity that is even bigger than what you are currently focused on. Remember to balance the two.

This article originally appeared on entrepreneur.com 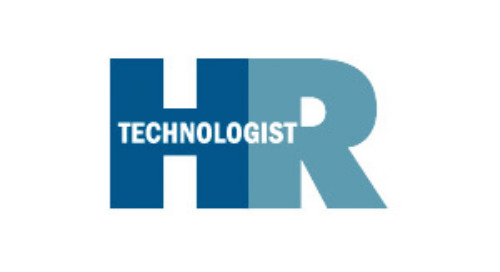 Why Is October the Most Important Month for Employee Engagement 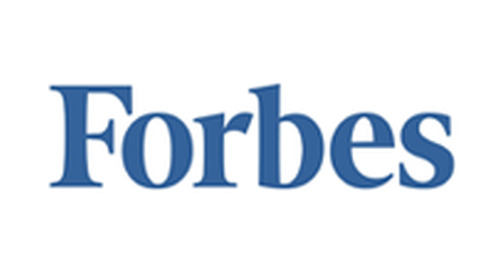 The Key To Increasing Your Brand's Reach By 561%? Your Employees.